Mississippi defined WHITE as "Caucasian" and everyone else as "Colored" so that Chinese were not allowed to attend the better funded white schools. In 1927, a Chinese grocer, Gong Lum, filed a court case to force Rosedale schools to admit his daughters. However, the Mississippi Supreme court overturned the initial favorable ruling. The case was appealed to the U. S. Supreme Court, but it sided with the Mississippi decision.  Undaunted in his efforts to get the best possible education for his daughters. Gong Lum moved his family  to Arkansas where they could attend white schools.  It was not until after WW II that Chinese could attend white schools in most communities, although local districts varied in their actual admission policies.

The Chinese School in Greenville

According to the Mississippi Constitution, separate schools were provided for white (caucasian) and colored races. Chinese children in Mississippi were considered as colored since they were not caucasian and hence denied admission to white schools which were vastly superior in funding.    Chinese culture reveres education and the Delta Chinese, often with aid of Baptist churches, developed their own schools such as the one below in Greenville. 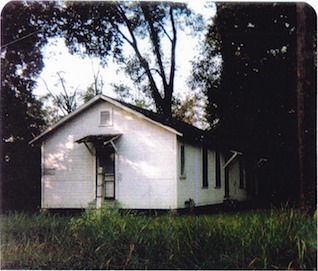 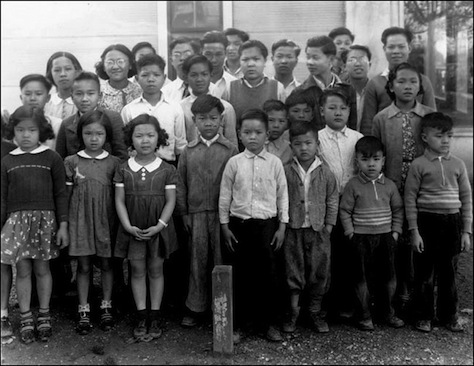 Delta Chinese raised funds to build a mission school with the support of the Baptist church in Cleveland. It provided two white teachers for the standard English curriculum, one for lower grades and one for higher grades. Later in the day, a Chinese teacher provided instruction in Chinese language.  Started in 1937 with about 60 students, some that lived in Cleveland and others from distant towns that lived in a dormitory, it continued for less than a decade when white schools began to accept Chinese students. 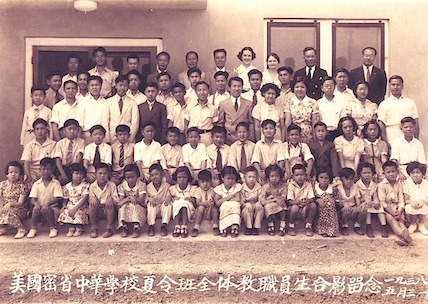 After World War Ii ended, acceptance of Chinese increased, and the Mission School for Chinese closed as more communitiies allowed Chinese to attend white schools.  However, other communities were resistant to change.  An example of these varying practices can be found in the observations of Jin Jue whose family had a grocery store in Cary before moving to Waterville.

Prior to the 1950s, Chinese were not even allowed to enroll in white schools in many parts of Mississippi. However, during the 1950s, not only were they admitted but some of them were competing well on high school football, baseball, and basketball teams.  Their participation is somewhat surprising because they had to work many hours to help in the family grocery businesses. In addition, some Chinese parents probably disapproved of their sons competing in physical competition.  However, the motivation of Chinese youth to fit in with American societal customs  prevailed over any opposition from their immigrant parents.