Pap, back when he was just a kid!

The Chinese Connection: The 1960s Panel Presentation At Ole Miss 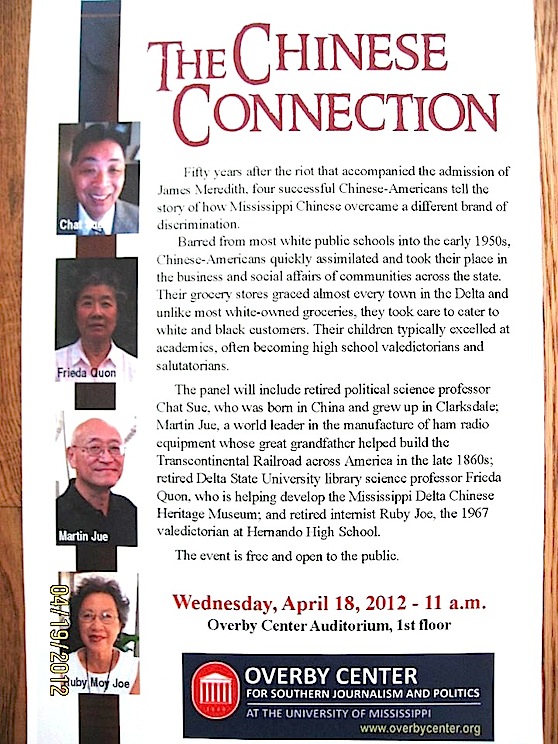 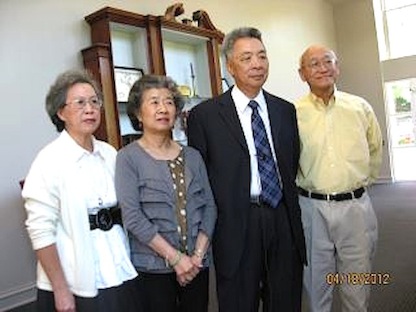 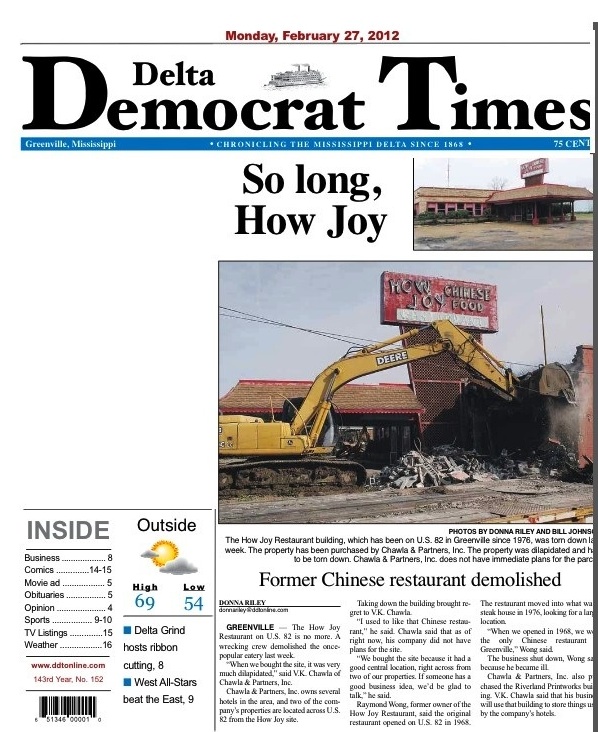 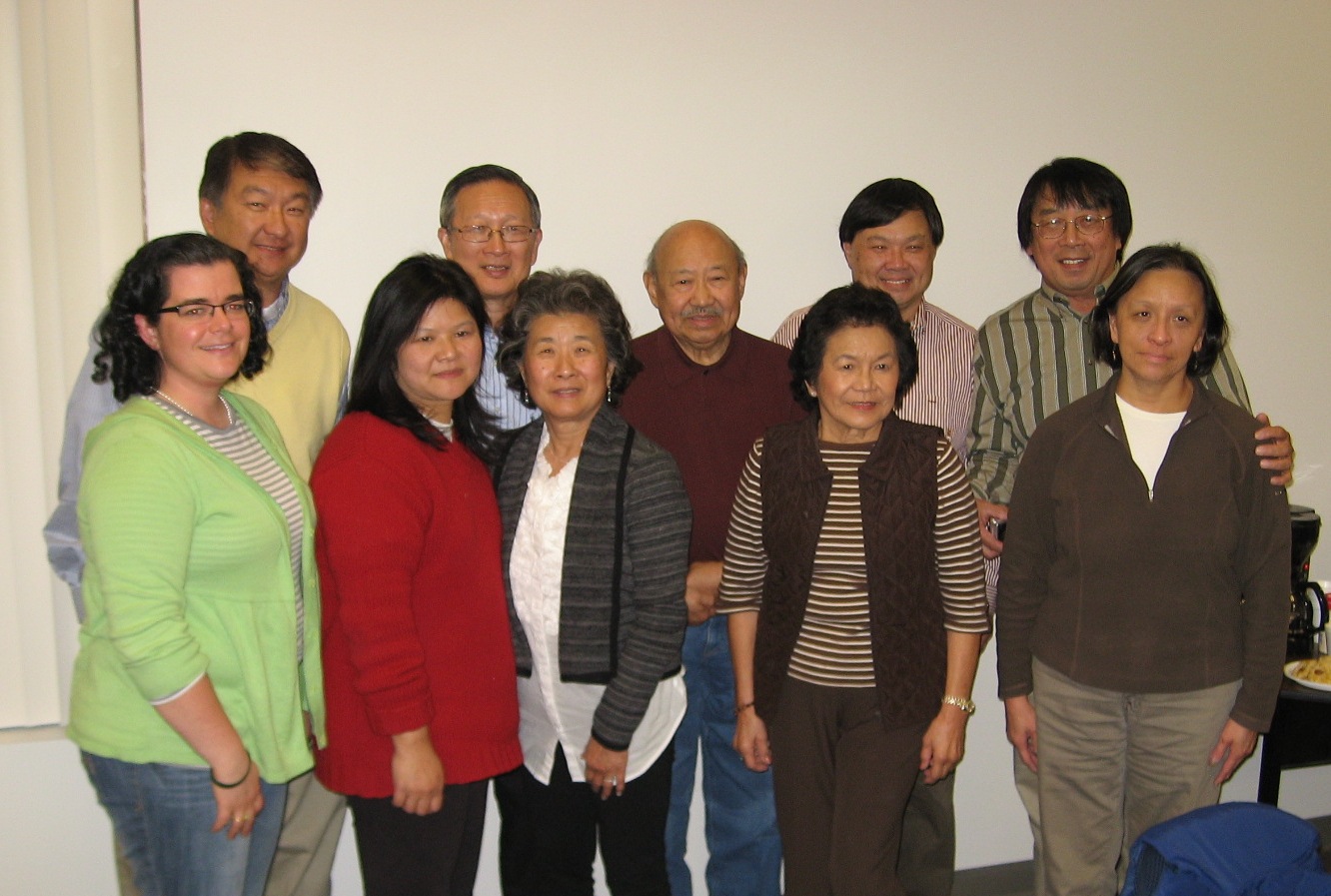 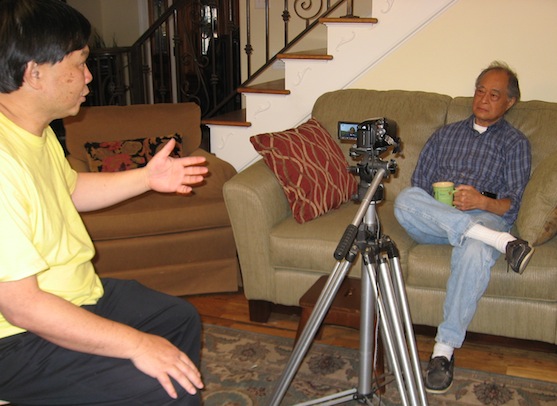 Raymond Wong prepares to tape an oral history with noted Delta artist, Steve Yee in one of a series of interviews with Delta Chinese about their experiences living in the Delta.  These records will become an important archive at the Delta Chinese Historical Museum Archive.

Scenes from the Delta Chinese Museum Board Meeting in Cleveland, Oct. 30, 2011

A planning meeting of the Board was held at Delta State University, Oct. 30.  A priority is to acquire a building for the museum near the campus in Cleveland. 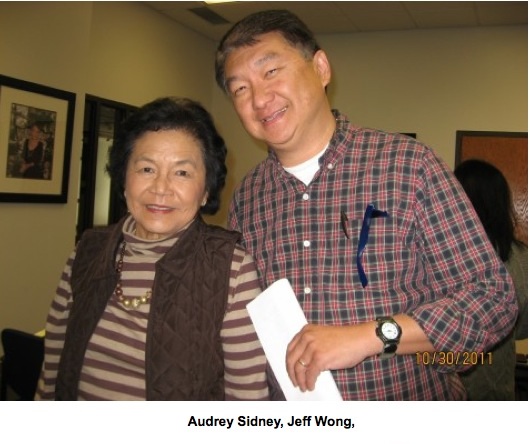 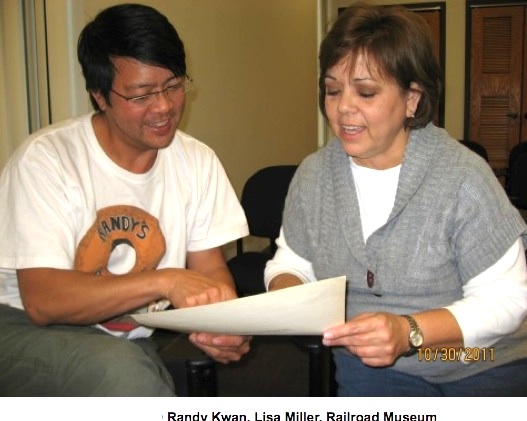 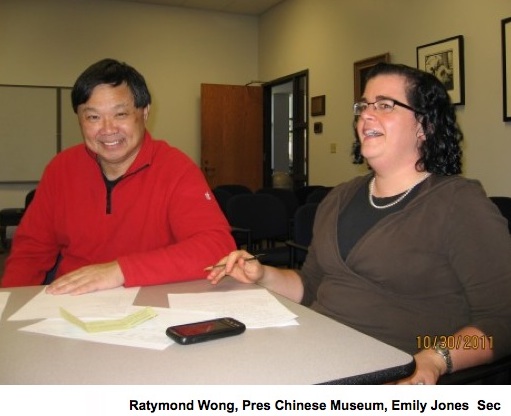 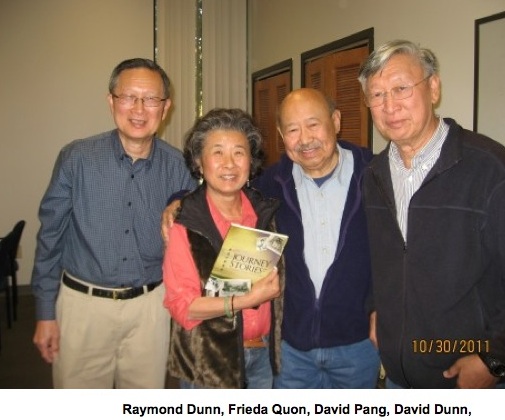 Plans for a Delta Chinese Grocery Museum in Cleveland, Ms. 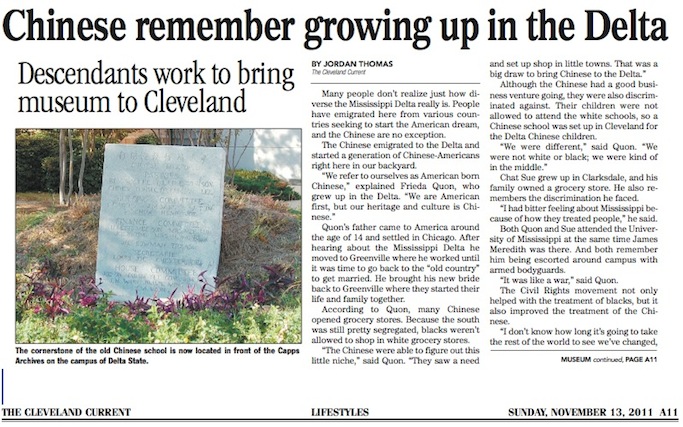 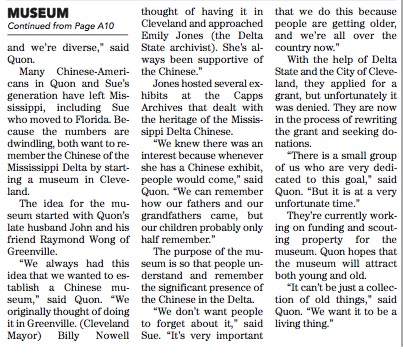 Here are links to 2 other segments on Sept 20 by Sandra Knispel with Frieda Quon, Luck Wing,

and one featuring Harold Lum's store in Pace on Sept. 21 by Sandra Knispel with Frieda Quon, Luck Wing, and Harold Lum

The Center for Population Studies in the Department of Sociology and Anthropology at Ole Miss recently released a “Population Brief” which provides demographic information about the experience of Chinese Americans in the Delta and the state of Mississippi.

The Railroad Museum in Cleveland was the site of the celebration featuring author Paul Wong signing his edited collection of reminiscences from many of the students who attended the Chinese Mission School in the late 30s and early 40s. The venue was packed with local and returning Delta Chinese from as far away as Florida, Colorado, and Washington, D. C. and all of the 150 copies of the book were sold with proceeds directed toward the funding for a Delta Chinese History Preservation project. By all accounts, it was a very positive and successful event. 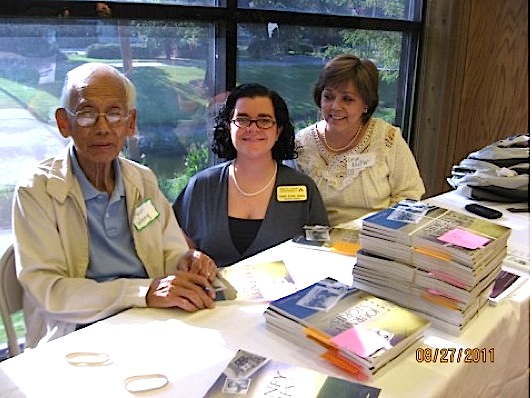 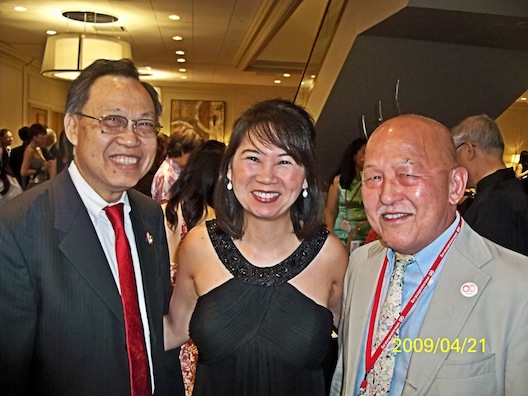 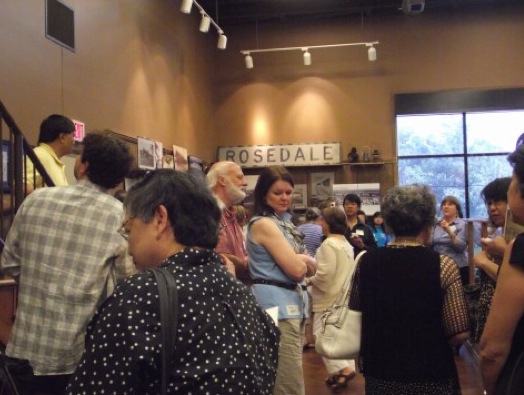 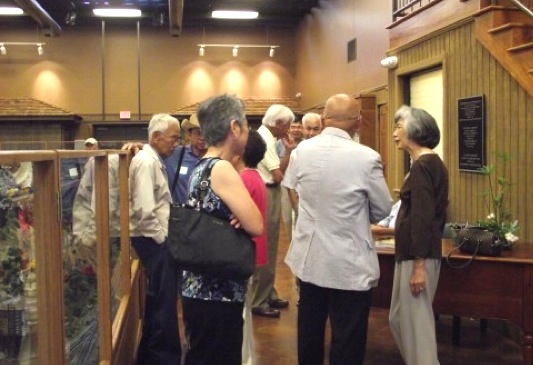 MORE PHOTOS ARE UNDER "PHOTO GALLERY"

Willie Joe Yung Is "Gone But Not Forgotten" in Rena Lara

One moving story that emerged recently is about Willie Joe Yung, an immigrant Chinese grocery store owner for close to 40 years who lived alone in Rena Lara, separated by the Chinese exclusion law from his family in China, which survived through his support of regular remittances. Yung was well-respected in this tiny rural community. Like many other Chinese grocery men, Yung often extended credit to customers short on cash. He even once loaned travel money to a young man needing to go to Indianapolis for a job interview because he had faith that he would be repaid. That beneficiary, James Porter, got the job, repaid the loan, and years later wrote a tribute to Yung in which he also described aspects of Yung?s isolated life of hard work.

?He stayed open for long hours including Sunday, but not during services at the Baptist Church right across the railroad, where he became a supporting member. Joe lived in the store, which provided a small bedroom and an even smaller room where he cooked his meals.

We never knew of a family; only some friends who were store keepers in Cleveland and Rosedale with whom he would visit a couple of times a year usually around the holidays when stores might close for a few hours.? 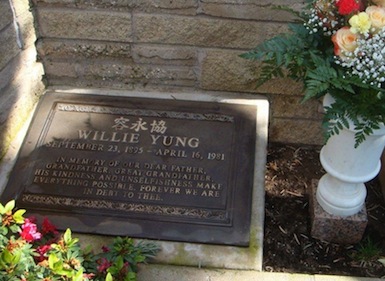 Many years after Willie Joe died, some of his family that now lived in the United States, Lily Lee, a granddaughter, made a pilgrimage in 2001 with her family to the site where his store once stood to pay tribute to him for the sacrifices and support he provided.

This visit by his descendants created such strong local interest and recollections of the contributions that Willie Yung made to Rena Lara that it led to a belated celebration in his honor on July 27, 2002 when Willie Joe Yung was the only Chinese to have a day named in his honor by a Proclamation by the Governor of Mississippi.  To see the Proclamation: http://mississippideltachinese.webs.com/lifestories.htm 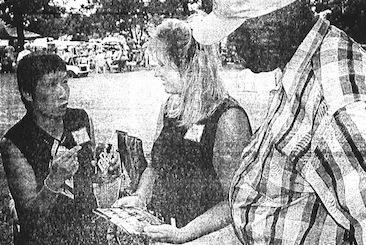 The Museum Planning Committee organized a new celebration on March 14, 2011, "Rena Lara Day, Honoring Willie Yung,? which was highlighted by a return visit from Marietta, Georgia, by one of many who benefited from Yung's kind generosity, James Porter, shown below with his wife along with Sally Chow and Frieda Quon. 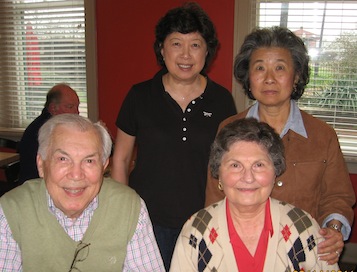 Over the weekend of May 21, a small band of Delta Chinese (Frieda Quon, Gilroy Chow, and Raymond Wong) gave a presentation about the project to a large audience of close to 70 Houston Chinese supporters.  In addition, over the weekend, they managed to interview and record valuable memories and shared experiences from over 20 Chinese who formerly lived in the Delta.  Philip Sun spearheaded the efforts of the Chinese Professional Club to generate a large local support group.  Hopefully, this successful kickoff event will keep its momentum moving forward.

In late 2010, a dedicated group began developing plans for a historical museum to be located in Cleveland, Ms., under the auspices of Delta State University Archives, the City of Cleveland, and Delta Chinese organizations.  It will present a balanced history through interpretive objects, photographs, written and spoken words, the story of how Chinese migrated to the Mississippi Delta, how they survived in this area and why they remained.

Anyone, of any ethnic background, will be invited to contribute  information, memories, and memorabilia about the Delta Chinese.

Below is a link to Facebook page for Delta Chinese